But this essay isn’t about the proper verses improper spellings of various words hunters and fishermen use frequently (is it bowhunting or bow hunting), it’s about the various spellings both in “scientific” jargon, in historical reference, in normal conversation and modern writings by outdoor writers such as me about the fish fish-science guys named Esox masquinongy. 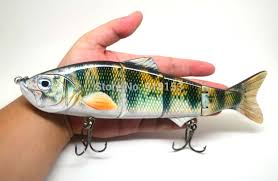 Walk into a baitshop (bait shop) most places in a Great Lakes state and ask what the Esox masquinongy has been biting lately and the proprietor may look at you funny and will keep an eye on you as you fondle the large bucktails (buck tails) and swimbaits (swim-baits) for sale in his shop.

According to Wikipedia - that well trusted source for facts - factoids - factual - and nearly fastidious tidbits of Internet information, the name for this fish originated from the Ojibwa name: maashkinoozhe, meaning “ugly pike.”  Or perhaps it was named by French explorers calling the ugly pike, “masque allonge” which either means elongated face or was the Frenchification of the Ojibwa “maashkinoozhe.”  Later Frenchmen coming on the scene spelled the fish’s name variously, including masquinonge’ or maskinonge’.

The reason I even bring this up is because I received a news release from a company making large lures to tempt these elongated-faced fish, in which  the “now” name of the fish was spelled both “musky” and “muskie.”  My spell checker doesn’t underscore “musky” but I think this is because the word has an alternate meaning describing the smell of my hunting boots.

Whether you ascribe to either the “y” ending or “ie” ending short version of the modern name muskellunge is of little consequence. Ugly as they might be, as long as their face may be, I’ve seen other spellings: muskelunge, muscallonge, maskinonge and others. So what is it?

The truth is, it doesn’t matter. As Shakespeare penned: “A rose by any other name would smell as sweet.” The important thing is we are blessed to have muskies or maashkinoozhes or however you say or spell it. And whether the one you catch comes with a y or an ie at the end of its name, congratulations. You’ve caught one of North America’s rarest and most sought trophies.


Posted by Mike Schoonveld at 8:47 AM No comments: