My daughter, Abby, is up for Christmas week and she brought her Pomeranian, Willow.  Willow comes to visit us on a regular basis and I do my best to keep the dog from becoming completely citified.

After all, dogs are direct descendants of wolves, although I find it hard to understand how something like Willow could have sprung from the loins of ancient Canis lupis.

Regardless, it must be humiliating for a dog, even a citified, yapper, metrosexual dog to go to doggy spas and get “pet”-e-cures complete with hot pink nail polish.  So when Willow comes, we do manly, doggy, bonding things as much as possible.

And to prove her ancestry, nothing is more thrilling to this urban pet than to do a little butt-sniffing at the end of a day on my trap line.

Willow was a bit tentative the first time she was introduced to a pile of yet-to-be pelted critters, but now–it’s the highlight of one of her visits!
Posted by Mike Schoonveld at 10:44 AM No comments:

Because of the unique smells associated with trapping, my family has dubbed the pick-up truck I use on my trap line the Skunk Truck  It's barely old enough to drink, but reliable as a 10 year old Labrador.

I've had a few things go wrong with it over the years. More than a few, actually, but I've always made it home.

Once, halfway through a day of trapping it would only go forward - no reverse.  "Odd," I thought. But how often do you need reverse compared to forward gears anyway - and how many of those back-ups could be avoided with a bit of advanced planning?

I solved that problem by finding a Ranger of similar vintage at a salvage yard and swapping out my no-reverse tranny with the shifter from the junker.  I salvaged the tail gate from the junkyard pick-up as well. Two upgrades for the price of one.

I thought I was in big trouble yesterday when out on my trapline. First, I tried to drive up a sandy hill and the truck wouldn't go. Engine revved, no wheels turning. Could the clutch be slipping? I backed down the slope and drove around it. A bit later, I turned into a muddy spot and was stuck. The Skunk Truck wouldn't go forward or back out and there was no mud flying from the churning wheels. They weren't turning. Had to be the clutch. So I set there pondering what next to do.

Then I remembered, I'd disengaged the front wheel hubs so when I put the truck in 4-wheel-drive, it was still in 2-wheel-drive and since these old trucks didn't have limited-slip differentials, it was really one wheel drive.

I hopped out, engaged the locks on the front hubs and backed on out of the quagmire.  Onward!

I normally just leave the front hubs in the locked position but doing so cuts mileage and puts additional wear and tear on the front wheel drive train. I'd driven the truck to town for a meeting earlier in the day so I'd unlocked the hubs. After the meeting I headed straight for the trap line - without a thought of locking the front hubs.

So the Skunk Truck keeps on running great. It's my short term memory that's questionable.
Posted by Mike Schoonveld at 6:17 AM No comments:


Raccoons have proven to be one of the most adaptable of North America's fur bearing animals. Many species of animals have experienced serious declines as the continent transitioned from wilderness to mostly civilized. Some species have held their own. Raccoons, as much or more than any other species, not only learned to live along side the settled continent, they embrace it.
Many of my best spots to trap raccoons aren't along still-wild streams or natural marshes. I find plenty of raccoons close-to-town, in-town or in and around farmyard barns and buildings.


Trapping these spots safely, isn't easy. In many of these areas using the normal foot-gripping or body-gripping traps is inviting trouble. They'll catch 'coons just as handily in a barnyard as in the wilds, but they will also catch dogs and cats if those are present.

It's not my purpose (here) to pass judgement on the practice of allowing dogs and cats free range. But snapping a trap on Fido's toe or having one of your body-grippers bring an end to Mrs. Farmer's favorite Calico is a sure way to end your welcome.
Cage traps are one answer. What you catch can be released. But cages are bulky and expensive.

Recently, a new kind of trap has been invented and are so good at restraining raccoons some trappers have sold all their old, traditional style traps and only use these.

Each brand goes by it's own name such as Lil'Griz, Coon Daggers, Coon Cuffs and others. Trappers generically call them DPs (for Dog Proof), some state DNRs call them enclosed trigger traps.

The reason they work so well is because they play to the dexterous, almost hands-like front paws on raccoons. The trigger is enclosed inside a pipe, bait is placed inside the pipe, the raccoon smells the bait, sticks its front paw into the pipe to pull out the goody inside and grabs the trigger. The trap fires, pinning the animal's foot inside. Job well done.

Most dogs have paws too large to fit inside the pipe. Even a little yapper dog would have to work extraordinarily hard to get caught. I've heard reports of cats being caught, but it's rare. I've personally never caught a cat in a DP and if a cat did manage to get caught, it could be easily be released, wisened to a repeat performance.

Opossums are the most likely "non-target" animal, but in most civilized places, ridding the area of  'possums is as important as removing the raccoons.

Posted by Mike Schoonveld at 7:50 AM No comments:

﻿﻿﻿﻿
﻿
﻿Listening to animal rights extremists, one would imagine anyone wearing a fur or fur-trimmed coat has contributed to the extinction of many species and continuing to do so will deprive the Earth of even more. In fact, the fur trade is one of the oldest global businesses and one of the few which concentrates on renewable natural resources.

﻿﻿
The Hudson Bay Company is the oldest commercial corporation in North America and John Jacob Astor’s American Fur Company was founded in the earliest days of US history.
﻿﻿﻿﻿﻿﻿
The same species of fur bearers are being harvested (in much larger numbers) today than when employees of these businesses were pushing ever westward across the continent. First Europe, then the United States became hubs of the fur industry. Now, that’s shifted farther east. China and Korea are the large consumers of fur from around the world and Russia is a major player, as well.
﻿﻿
In many parts of the world, fur garments are worn as much for their utilitarian value as for fashion. A fur coat is as warm or warmer than winter wear made from Thinsulate, polyester and other products made from the non-renewable resources worn my Americans. Fur coats are often more durable, as well, providing an additional measure of value.
﻿﻿﻿ ﻿﻿﻿
Most of the pelts I’ve harvested so far this season went into the fur trade over the weekend. About half were loaded onto a truck from North American Fur Auctions (an offspring of the Hudson Bay Company).
NAFA holds several auctions each year in Toronto attended by buyers from around the globe. My furs will be matched with other pelts of similar size and quality and be sold in lots to the highest bidder. NAFA collects a 9% commission and sends me a check.
The remaining furs were sold to Groenwald Fur and Wool Company, the largest fur-buyer in the United States. GFWC has signed contracts from purveyors of furs from around the world and offers fur harvesters a price based on these contracts. Offer them one pelt or a truck-load and they’ll cut you a check instantly.
And the fur trade continues as it has for centuries.
If you are getting this blog via email and wish to view it and other essays on my site, go to http://www.bronature.com/.
﻿﻿﻿﻿﻿﻿
﻿﻿﻿﻿﻿﻿
Posted by Mike Schoonveld at 7:29 AM No comments: 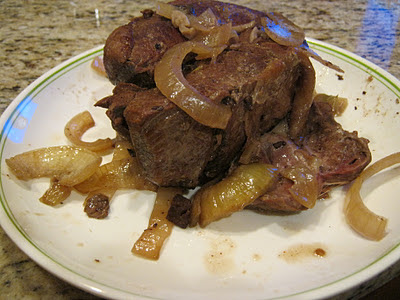 When I was in my early teens, there were no deer around here. Whitetails lived in upper Michigan and Wisconsin. Mule deer could be found in the Rocky Mountains. The first live deer I ever saw was about a mile away on the battlefield near Gettysburg, PA where Pickett’s Charge occurred.

A friend’s older brother and father went to Colorado and shot a couple of mule deer. His mom cooked a roast from the deer and offered me a piece. It was tough, coarse, a bit gamey and it seemed the longer I chewed it the bigger it got in my mouth. Of course, being the most exotic piece of meat I’d ever bitten into, I savored it ever bit as much as a filet mignon from Ruth’s Criss.

Now, I’m not so enamored of roast venison. In fact, I once wrote a column claiming there’s no such thing as a good venison roast. I’ve eaten plenty of them. Some were tougher than others. Others were coarser than some. I’ve had gamey-tasting ones, bland ones and none I would ever ask for the recipe from the cook.

Don’t get me wrong, I love venison steaks. I enjoy venison hamburgers. Venison jerky is terrific. I’ll choose venison sausage over pork sausage. Just don’t roast it. So I decided to give it one last try.

I cut a 4 pound rump roast from a 1 ½ year old doe. I browned the roast on all sides in a bit of vegetable oil then transferred it to a slow cooker. The technique is called braising - slow roasting while covered with liquid. I made the braising liquid from one can of Beefy Mushroom soup, then using the soup can as a measure, I added a can full each of Burgundy wine and vegetable stock. I also mixed in a quarter cup of Dijon/horseradish mustard and a coarsely chopped onion. Low and slow was my goal. I adjusted the cooker until the liquid just barely boiled and cooked the roast for 8 hours.