I have lots of experience in taking fish photos. They are called “hero shots” where the lucky angler who has caught a photo-worthy fish stands, gripping and grinning, fish in hand and the photo is snapped. 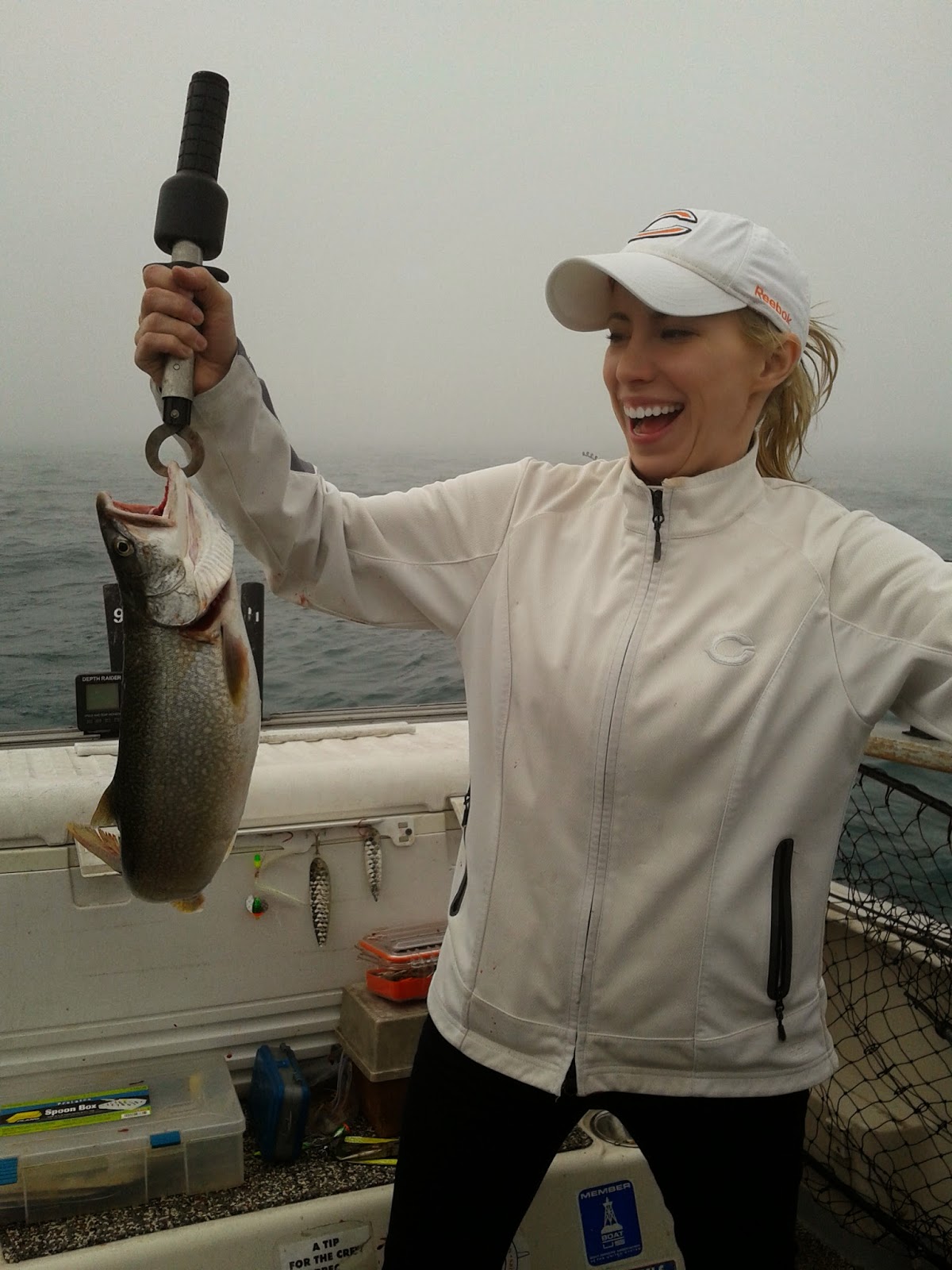 Most hero shots look, well they look contrived. Sure it’s a lasting tribute to both fish and angler of the size of the fish and the smiling face of the fisher-person. On the other hand, it’s a picture of a mope with a dead fish-or nearly dead.

Professional photographers leave little to luck. They understand what’s going on. They prepare the scene, adjust the lighting and leave little to chance. Amateurs rely on luck.

I’m somewhere in-between. I don’t rely on my photography skills to earn much money each year, but plenty of my photos end up in print. Sometimes a bit of luck helps out even us “semi-pros.”

This was one of those times.

Liz caught a nice lake trout on my boat and she handed her dad the camera to do the classic “grip and grin” photo. Since we were in the “photo” mood, I grabbed my own camera to take a happy-snappy of my own.

The first time I pressed the button, the fish, still lively, waggled a wiggle. In the tiny view screen on the digital, I could see the fish wasn’t properly displayed. So I told Liz to hold it up once more for another shot. She complied. 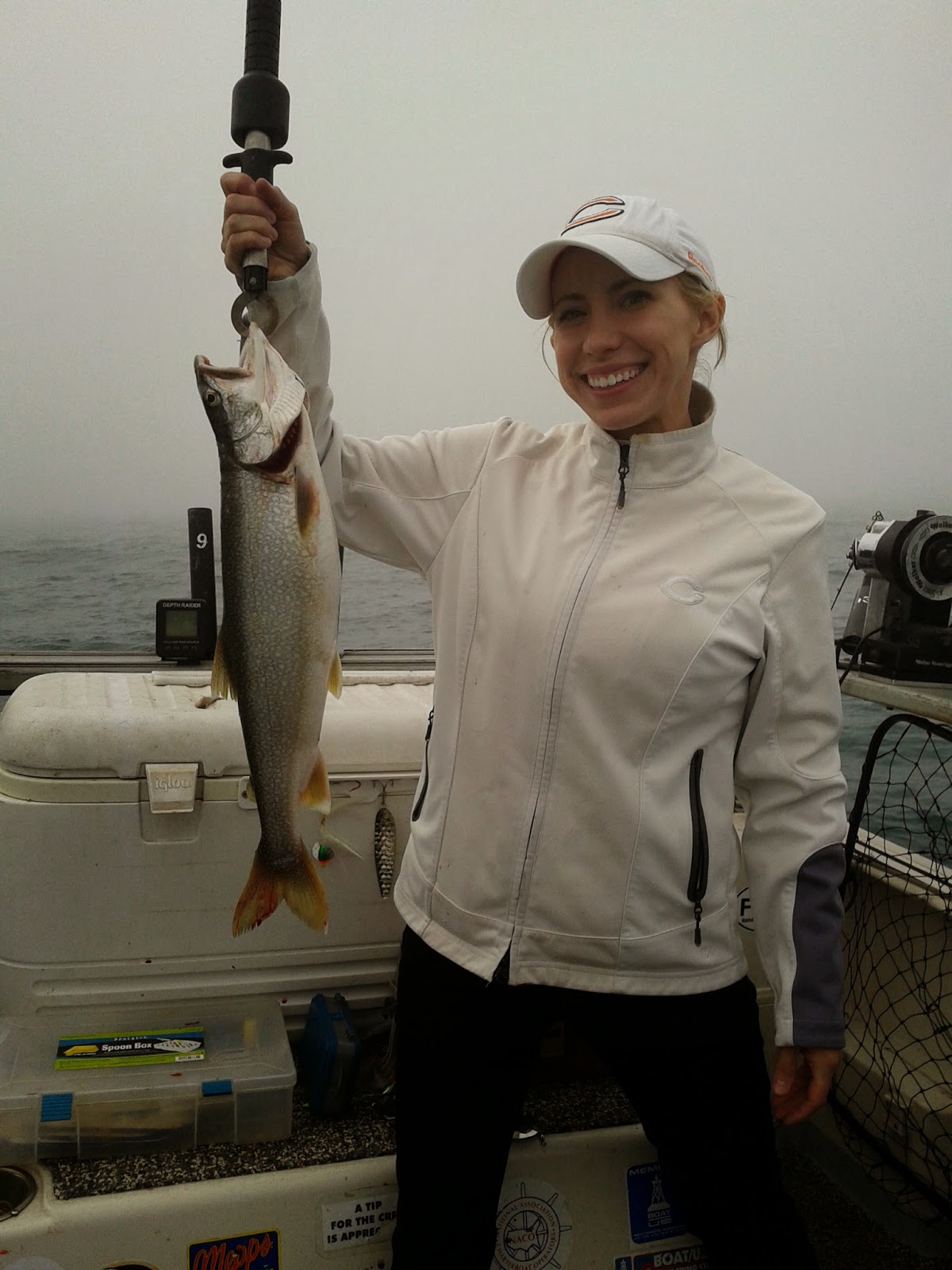 Back at home, downloading the photos from the camera to the computer and able to see the photos in large size instead of a tiny LCR on the back of the camera, I realized Lady Luck had given me a blessing.

I got a Facebook post this morning from a longtime friend who now lives in Alaska. She had experienced her first earthquake.
I’ve been to California many times, Alaska a couple times and have spent time in other areas that are earthquake prone. I’ve never been in one of these areas when an EQ occurred, but I’m not an EQ virgin. I’ve felt and lived through many of them right here in Indiana, not exactly a region many regard as a hotbed of EQ activity.
The first one I remember occurred while I was in college at Purdue. I walked into the room of one of my fraternity brothers and sat down on his sofa. Once I was comfortable, I noticed the water in my friend’s large aquarium was sloshing back and forth. Apparently, I’d bumped it when I entered. Except it was swishing back and forth heavily enough that I should have noticed bumping into it. I didn’t.
In less than a minute fellow frat-bros started coming down from the upper floors saying, “Did you feel that?”  It was a 5.7 earthquake. Okay, I didn’t feel it, but the fish in the tank certainly did.
Fast forward a few years. I was running Bass Lake State Beach near Knox, IN. I was to go to a two-day meeting the following day so I hopped on my 100cc Kawasaki motorcycle to put-put down to the bank to get some folding money for the journey. Halfway to the bank on S.R. 10 circling the south edge of Bass Lake, the bike almost slid out from under me. Wowser!
I slowed through that stretch of road on the return trip but saw no oily spots or other reasons for the near-crash.  That evening on the news the talking heads revealed we’d had a five point five at the time of my incident. I was nearly a statistic!
These were, apparently, single jolts where the substrate deep below the surface adjusted to the pressure put upon them in one snap of the finger movement. The next one was different.
I was sitting in a friend’s house in southwest Indiana when the whole house started shaking. It lasted long enough for me to ask him, “Does your house shake like this often?”  “No,”  he said, “only when they are blasting in the coal mines.”
A blast would be a one-time shake. This one went on long enough for us to have a conversation! Five point six was the official report.
To give you an idea of how earthquakes work, I have one more experience to relate. The rocky substrate deep below the surface shifts and the energy released radiates out like waves created by tossing a rock into a pond.
I didn’t feel this one, but my wife did. She was on the phone, talking to one of my sisters living  100 miles away.  In the midst of the conversation, my sister interrupted the flow of the conversation saying, “Oh, I think we are having an earthquake.”  They talked for a few seconds and then my wife started feeling the vibrations underfoot as the waves moved out from the epicenter. I was driving at the time and felt nothing. Another five point something had occurred.
These were all “minor” quakes and I’m not belittling those who have suffered major quakes. It’s a tough world out there with storms, quakes and other natural disasters awaiting us foolish humans who think we are above or immune to nature’s fury.

Posted by Mike Schoonveld at 6:38 AM No comments: